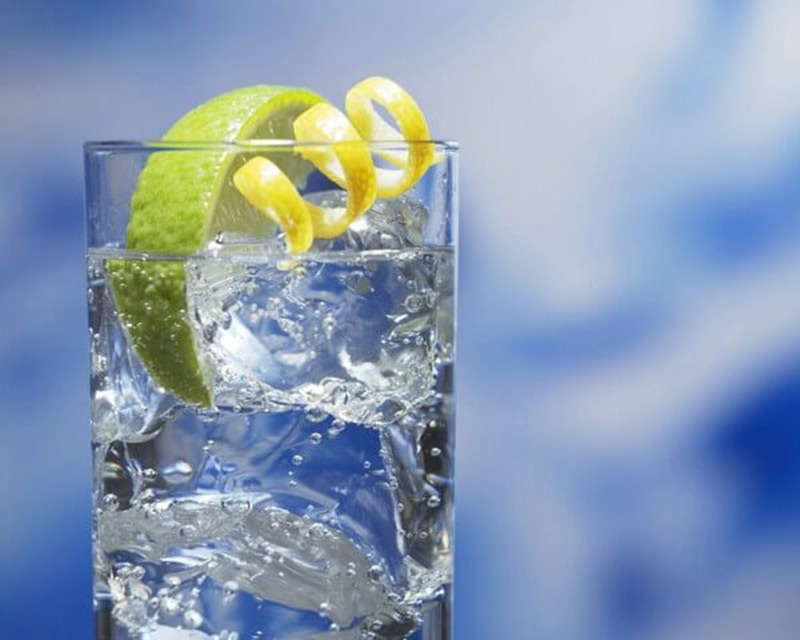 Tonic Water is a kind carbonated drink with quinine, so there is some bitterness. usually adding lemon and sugar as a flavoring, and some caffeine. Tonic water often added to the cocktail, especially mixed with gin or vodka. You can also mix with Absinth to produce a balanced taste drink
In mid-19 Century, tonic applied for patent protection in the United kingdom. In 20th Century, Schweppes company which is famous for producing ginger ale introduced tonic to the American market. It is said that the popularity of tonic is owing to the quinine composition.
In early seventeenth century, quinine is considered to be a safe and effective way of prevention and treatment of malaria. The chemical constituents from cinchona bark, which is a native of the Andes trees. The problem is too bitter the taste of quinine. So at that time, some people take the dilute form. The best composition of quinine is diluted gin, lemon and sugar. Since the tonic water was first produced, people think that adding a small amount of gin is good for health and treatment of malaria.
However, tonic water contains too little quinine to prevent malaria, so the large dose chemical production of quinine is still the first choice. Quinine therapy does not actually kill malaria, just reduce the symptoms. In most cases, antibiotics are needed to recover completely. People need to drink at least 1.77 liters of tonic to therapy malaria, that is quite expensive. In spite the tonic lack of adequate quinine to reduce symptoms of malaria, but people still call it the tonic water, because it is good for our health and has many benefits. Even so, the name and drinks are kept in fashion.

Next : Different alcohols have different effects on your mood