Now industrial malting has almost replaced the traditional way of malting. Only a few distillers still have their own barley plants for convenience or economic reasons. In fact, these distillers only keep 10-30% of the barley to produce the malt at home. The main reason for insisting on producing the malt in destillery is to continue historical traditions or to develop tourism resources. 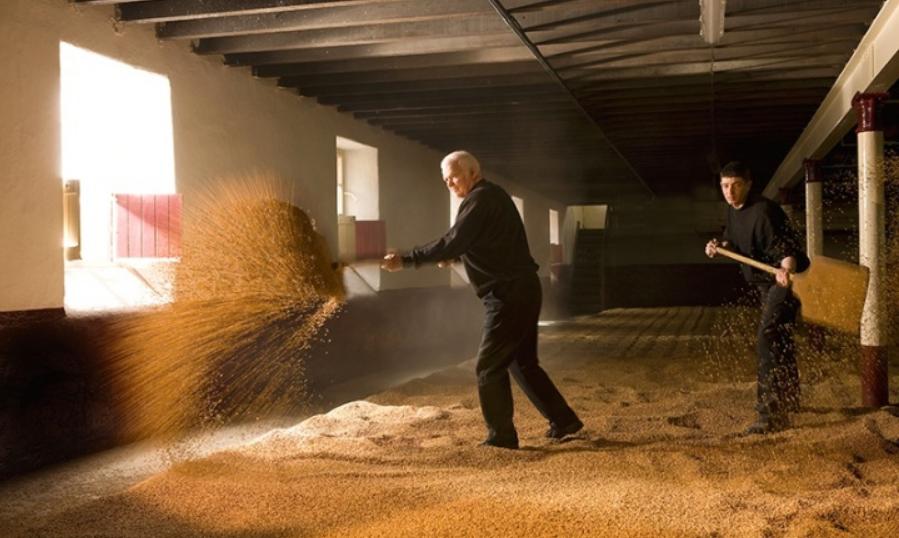 The legend of Three Monkeys

Three Monkeys “Monkey Shoulder” is the name of a whiskey, but what is the relationship between monkeys and whiskey? Let's look at from Dufftown in Speyside, Scotland. Which is been called of "The World Capital of Whiskey ". In its heyday, it also owned nine distilleries, and there are still six distillies currently. At that time, many people in the town had a strange disease, their arms were weak and drooping. And they walked like monkeys since their disease arms. Because those distillery workers must continue to shovel the barley during the windy season, which causes arms joint soreness. In the time without machines, humans could only do these things by artficial. In order to commemorate these hardworking workers, the local distillery named the whiskey "Three Monkeys."

Prev : What is the relationship between beer and whiskey？

Next : Three stages of collecting distilled liquor during whiskey distillation