On the morning of November 29, 12 Containers and 200000 bottles of Goalong Liquor Whisky set sail from Liuyang Two Oriented Industrial Park and went to European and American consumers' wine tables. This is not only the largest export order of Goalong Liquor Group so far, but also the largest export order in the history of Chinese international spirits. 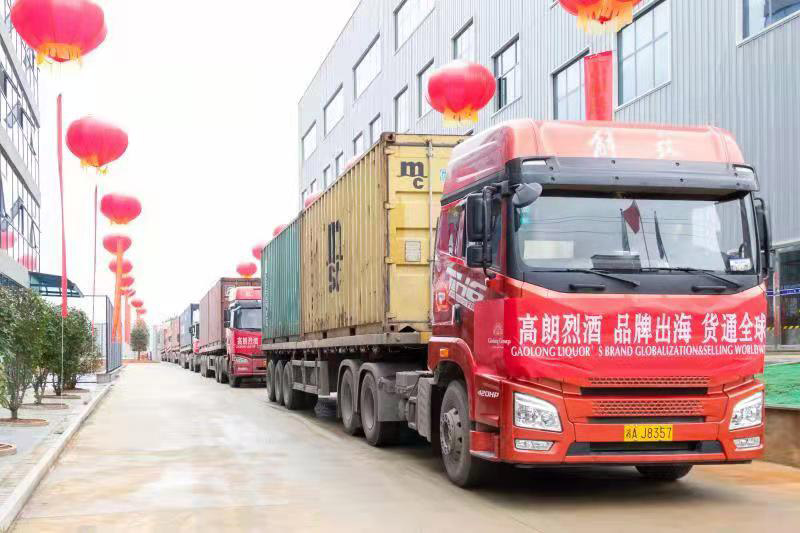 It is understood that Liuyang Goalong Liquor Distillery Co., Ltd. is the fourth factory invested and established by Goalong Liquor Group. The main business covers the distilling for whisky and other international spirits and liquors, craft beer brewing, pure natural rice wine brewing, packaged drinking water and functional drinks and other beverage production projects. The production of international spirits and spirits blended liquor products, our products have been sold nationwide and to many different countries around the world, the exportation of whisky is completely in accordance with the European and American standard, as well as the national food safety requirements for the international delivery standards, and the export scale record keeps ranking highly in China.

Alan Gao, the chairman of Goalong Liquor Group, said that Goalong's mission is to create happiness and create new national brands, create new happy lifestyle and healthy products for the consumers, and also hope to use Goalong Liquor to replace those liquors from abroad, to bring Chinese products that everyone likes to the world and become the synonym of Made in China. Goalong has been engaged in foreign trade since 2014 and has maintained a high proportion of China's international spirits exportation for seven consecutive years. It has become a leader in the exportation for the Chinese spirits, and has been awarded the titles of "New Foreign Trader" and "Cross Border E-commerce Dream Building base" by Alibaba Group.

Next : Trial operation of phase I and production in commission for Goalong Distillery